Europe’s congested northern hubs can expect little relief through the summer as volume freed up from the lifting of Shanghai’s two-month lockdown meets the peak season, but any forecast deeper into the second half is fraught with uncertainty.

Even as the longer-term economic storm clouds amass over Europe, the trade forecast for the next few months is one of continued growth in containerized imports flowing through North Europe hubs and the inland logistics networks that serve them, preventing any easing of the current congestion at ports and terminals.

Sigrid Hesselink, spokesperson for the Port of Rotterdam, said with all Shanghai factories re-opened from June 1, Europe’s busiest container port will see a spike in volume starting in the middle of June.

“An increase in volumes is expected, due to a combination of the lockdown-delaying effect — an accumulation of cargo that is now heading this way — and the Christmas rush that is coming up because everyone is going to be shopping ‘in advance’ in order to have Christmas items in the shops in time,” she told JOC.com.

This dynamic has been adding to the already high inventory levels in Europe. Hesselink said companies in Europe have been building up inventory to compensate for lengthy delays outside ports, handling delays when alongside, and delays in the onward movement of containers via feeder, barge, rail, and road connections. The building of buffer stocks, delivery uncertainty, and COVID-19 labor issues has left warehouses in the port and the hinterland full of import containers, further delaying shippers from picking up boxes from the port. 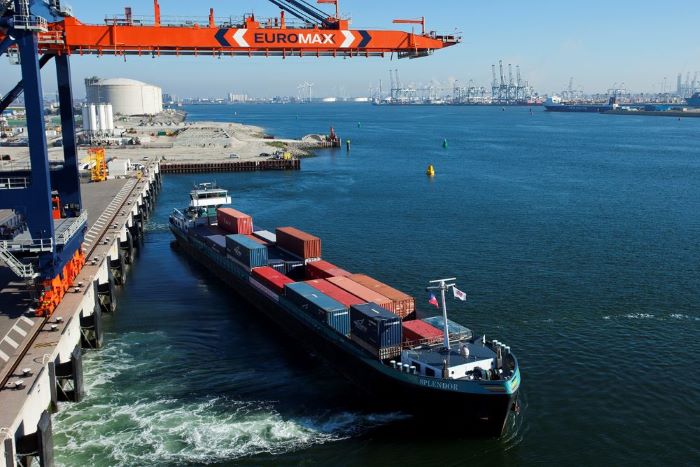