Baltic Power has been appointing contractors for its 1,200 MW offshore wind farm development in the Baltic Sea.

Belgium’s Smulders and Haizea Bilbao (Spain) have signed a deal to fabricate and supply 70 transition pieces for the Baltic Power offshore wind farm in the Polish part of the Baltic Sea.

This is the second project in which the two companies will cooperate, and the first one for transition pieces. The pair have signed a selected supplier agreement, which is subject to a final investment decision on the project.

Baltic Power is a joint venture between Orlen and Northland Power and it aims to secure contracts for all the main elements of the farm’s infrastructure and services by the end of this year. Construction of the wind farm is scheduled for 2024 and the project is scheduled to start generating power in 2026.

Monopile foundations for all infrastructure elements of the Baltic Power wind farm will be supplied by Steelwind Nordenham. Baltic Power has entrusted the offshore transportation and installation of the foundation components to Van Oord.

Cadeler, meanwhile, signed a reservation agreement to install the wind turbine generators making use of its upgraded O-class vessels. 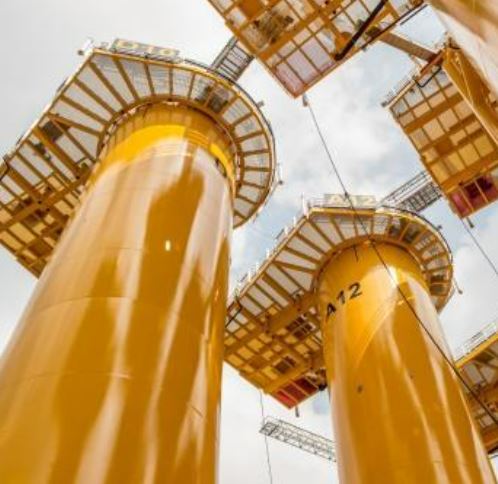