Of the 19 original crew members of the liftboat, six have been rescued alive and in the hours and days following the capsize, five bodies were recovered.

On Monday the Coast Guard called off its intensive search of over 9,000 square miles in the Gulf of Mexico, but divers continued to search the overturned jack-up barge, Seacor Power, and found a sixth body on Tuesday, NBC News affiliate WDSU reported.

Lawsuits have been filed against Seacor Marine by family members of two of the missing men presumed dead since the liftboat capsized in the Gulf of Mexico with 19 crew members aboard.

Krista Vercher filed a suit Friday in Texas state court in Houston seeking more than $25 million from the jack-up barge’s owner, Seacor Marine LLC, and Talos Energy Inc., which had commissioned Seacor to work on its platform near the mouth of the Mississippi River. Both companies are headquartered in Houston.

Vercher alleges negligence because the vessel left port despite warnings of tropical storm-force winds in the Gulf. Her suit blames “the decisions of these defendants to put money over his life.”

Talos has tried to distance itself from the decision to sail, saying the Seacor Power “was fully under the command of its captain and Seacor Marine, including when to depart the port.” Seacor Marine’s president, John Gellert, has said the “go/no-go decision” to depart Port Fourchon in bad weather was “entirely the captain’s.”

Vercher’s attorney, Frank Spagnoletti, questioned why Seacor and Talos didn’t attach emergency tracking devices to the crew members. The devices would have enabled searchers to find them more easily and likely brought a sense of closure for their loved ones, he said. 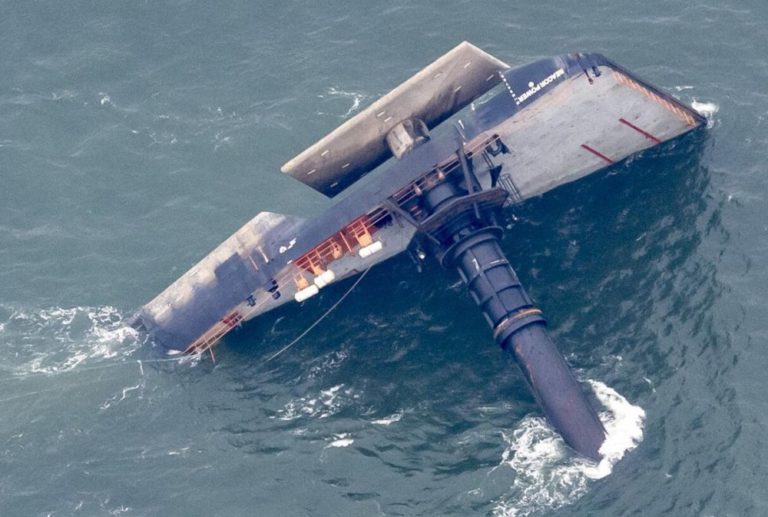