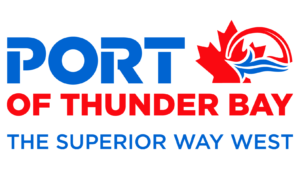 Welcome to a congestion-free port with expansive storage and staging areas for breakbulk and dimensional project cargo.

At the head of the Great Lakes – St. Lawrence Seaway System on the northwest shore of Lake Superior lies the furthest inland port in Canada. The Port of Thunder Bay is Canada’s Gateway to the West – built as a crucial transportation link connecting the western provinces of Alberta, Saskatchewan, and Manitoba with the world.

The Port of Thunder Bay is a hub for dimensional and heavy-lift project cargo shipments for Western Canadian destinations. The success in this initiative stems from both the port’s strategic location and its competitive, value-added services and facilities. The port has established itself as a competitive supply chain link for accessing the Oilsands, clean energy projects, mine sites and construction developments in Western Canada. Thunder Bay is a viable alternative to more congested ports and has the closest proximity by land to Western Canada of any port east of the Rockies.

Project and general cargo shipments are handled at Keefer Terminal, a sprawling facility with direct access to Canadian National and Canadian Pacific railways, as well as the TransCanada Highway and U.S. highways.

Thunder Bay is a diverse port, serving as an export point for grain, coal, potash, and forest products and an inbound destination for other dry bulk such as stone and salt, liquid bulk products, general and project cargo.

An added benefit to the shipper is the availability of bulk cargo as back-haul to foreign or domestic ports. Thunder Bay is the largest outbound port on the Seaway, offering grain from Western Canada for export. The port ships 8 million metric tonnes annually of wheat, canola, oats and other grains to destinations around the world. Broad ownership of Thunder Bay’s eight grain elevators includes some of the world’s largest agribusiness companies.